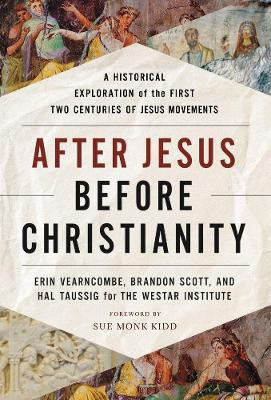 From the creative minds of the scholarly group behind the groundbreaking Jesus Seminar comes this provocative and eye-opening look at the roots of Christianity that offers a thoughtful reconsideration of the first two centuries of the Jesus movement, transforming our understanding of the religion and its early dissemination.

Here is a summary of the main findings about the early Jesus groups:

They Resisted the Roman Empire

A wide set of what we call Jesus clubs, movements for the Saviour, communities of the Anointed, and schools of the Lord successfully resisted the Roman Empire. These peoples’ resistance against Rome often kept violence at bay and gave their people courage and an experience of safety. A key dimension of their resistance to empire was invoking God’s compassionate and strange empire, or kingdom, as later translators have it, in contrast to Rome’s cruel and dominating one. These various groups made fun of Roman military power and mocked Rome’s claim of divine power, even though they themselves had almost no power. The Empire of God challenged the Empire of Rome. Caesar Augustus as Lord conflicted with Jesus Anointed as Lord.

A wide range of Jesus peoples practiced ‘gender bending’; that is, gender roles were fluid and flexible. One of their primary identities was that they were neither male nor female, but all were ‘one’ through different lived, experienced realities of gender pluralism. Women, and a significant number of men, rejected both male dominance and female passivity. A wide swath of Jesus groups rejected marriage and traditional families, with the envoy Paul often leading the way. Although some Anointed groups and individuals supported male dominance and demanded female obedience to men, many men shifted toward acting more vulnerable and less domineering. Women cut their hair and dressed like men. These gendered activities and actions brokered new possibilities for identity among various Jesus peoples, well beyond the regular masculine/feminine dichotomies of the first two centuries.

They Lived in Chosen Families

With traditional families increasingly broken and dispersed, a variety of Jesus groups started living in experimental family groups. These new family groups were voluntary; that is, they lived together increasingly outside of blood or married relationships. Whereas previously the primary relations for living arrangements were extended families of multiple generations with cousins, aunts, and uncles in the mix, Jesus people associated daily with each other according to mutual support and affection. More and more ‘supper clubs’ became crucial and core associations of daily life. Economic sharing provided ways that members of these groups bonded. In some cases, larger housing arrangements came into play for the groups through a donor exhibiting compassion. Although most of these new kinds of families were small, occasionally a wealthy person provided larger space for bigger groups.

They Claimed Belonging to Israel

The largest and most common identity of Jesus groups was their allegiance to Israel, regardless of whether the groups or members came from Israel-based bloodlines. This bond applied whether they lived in geographical Israel or around the Mediterranean basin. Small and large groups understood themselves to be following the God of Israel, read Israel-based holy writings, prayed and meditated according to the various Israel-based forms, bathed ritually according to Israel’s traditions, and perhaps, most of all, gave allegiance to their Israel-born teacher and leader, Jesus. Since Jesus belonged to Israel by blood and practice, the larger Jesus movements assumed and explicitly practiced Israel’s ways. But after the Bar Kokhba War (132-136 CE), the second major revolt against the Roman Empire of the people inhabiting the territory known as Roman Palestine, this allegiance was increasingly challenged.

They Had Diverse Organisational Structures

As was the case with larger Israel itself, the many different groups, schools, clubs, and anointed communities had a variety of practices, beliefs, and organisational patterns. These peoples had no central leadership and so had neither interest in telling nor the ability to tell the myriad groups how to practice or what to believe. The models for such organisation were local and occasionally regional, and so Jesus groups generally followed the diverse club organisational rules or the varieties of synagogue practices around the Mediterranean. The idea of Christian synods and ecumenical councils lay in the distant future. As occurred both in local clubs and in synagogue patterns, it was normal for different groups to dispute with one another about practices and beliefs.

They Had Persisting Oral Traditions

Writing did not dominate the life of the early communities of the Anointed to the same degree as surviving documents have dominated how we have imagined their life. There was nothing like the New Testament in the first two centuries CE. Throughout those centuries, Jesus peoples celebrating, arguing, and debating combined many forms of speaking and writing. Reading, as in all Mediterranean cultures, was done together publicly, especially when the few people who could read would read to a whole group. But often there was no reading. There was significant writing among the different groups, but this writing was part of a boisterous, complicated community dialogue, group reading, ritual practice, and most of all, intense discussion. Much material overlapped Israel’s developing readings of Torah, the Prophets, and Wisdom literature, the writings increasingly being set apart, designated as particularly meaningful for the life and identity of these peoples. Other writings were letters between communities, partially developed stories, and songs from within communities. Important writing was also done through a few words etched in stone and referenced as rules or statutes for Jesus clubs and associations.